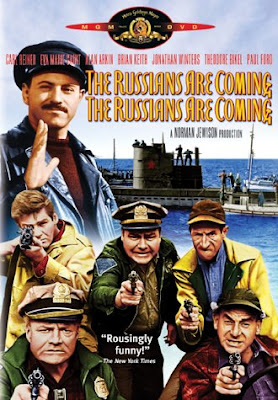 Emergency, Emergency, please to get Trump from street.
The tragi-comedy of the Elite continues.

Obama, the O'Bomber of Libya, O'Bummer of Health Insurance and Emperor with no clothes, commanded the CIA to find proof that the Russians influenced the elections in Trump's favor.  So ...guess what... the CIA reviewed what was already known for two months and clothed the same old , same old with the invisible clothes of "Intent by Russia".   As always, the clothes were made to fit exactly what he wanted to hear in his little bubble of sycophancy.

Then this "Secret" CIA report was 'leaked' to ..., of course, the leftist elite's NY Slimes and Washington Compost propaganda media and not the more reliable Wall Street Journal.  Even the National Enquirer wouldn't print this bull.

The NY Slimes motto " all the news that's fit to print" should be "only the news that fits" the illusion that leftist Elites use to defend their Rose colored fantasy of divine right to rule.  They are convinced of their superiority to the "Deplorables" and snark their way through their corrupt privileged lives.

As usual it is all deception.

The CIA (whose purview is only intelligence OUTSIDE of the USA) can not investigate internally.  Only the FBI can investigate local elections or the hacking of the Democrat party.  Further, if the CIA and FBI actually knew that Russia was hacking our election and did nothing then they are guilty of dereliction of duty.

Electronic voting machines are not connected to the internet.  Sorry.   Moscow calling would get a dead silence.  THEREFORE NONE OF THEM COULD HAVE BEEN HACKED.   So the Dem Dumbs want you to suspend belief and allow that an, "eyes like frozen shrimp" , Communist agent or well known local planted in the 1950's just like the tv show the Americans, to  physically rejiggered a voting booth's hardware.  Even then it would be noticed if all votes went to Trump on that machine; which they did not...anywhere. Further limiting this brainless and illogical scenario is that, at most the "Russian" hardware change could only give a majority of the votes to Trump and, even then, not in any way that would raise suspicions. WHAT IS THE POINT!!!!

It is impossible to influence the National Election with only the few local hacks that the FBI is still in the process of investigating.

Are Russians so stupid?

More logical is that Obama, his party and their media use hacking and physical manipulation of machines and ballots to influence elections.  It takes one to know one.  They Definitely use an unfair monopoly of media to brainwash the public and influence the outcome of the election in their favor.

The truth is, no one knows the motivations or even it was indeed Russian Hackers who got the Leon Podesta emails or if any elections were even manipulated.  The truth is the people woke from their hypnotic trance and voted the liars out in favor of the People's representative not the corrupt Political party's.

The tragedy is that this crap is repeated all over the world.  Let's hope Trump continues to tell the truth and drain the swamp.  Let's hope the awakened people demand news not propaganda.

Posted by BrerRabbi at 4:23 PM

Only members of this blog can comment due to the bad actors who spam us.