November 2019 Venice flood worst in 50 years due to Climate Change?


One would think that except....

if you read the article past the headline you will see the half truth that creates the false propaganda headline.

Huh?  Wait.  Climate change over 50 years caused this weeks flood to be less severe than prior floods of more than 50 years ago?  Could seas be lowering? 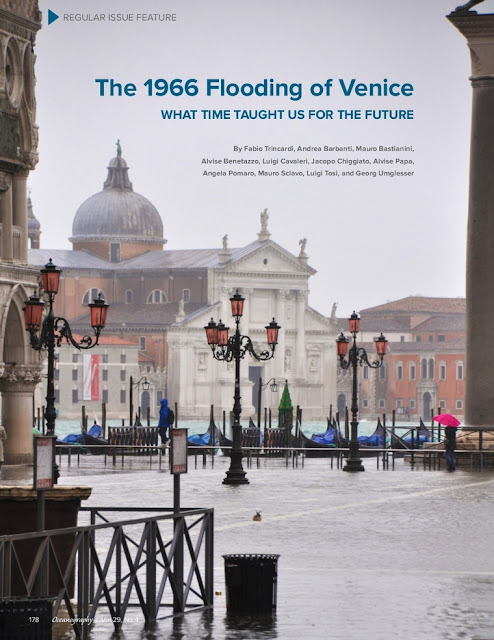 "Focusing on the meteo-oceanographic aspects, we also show how sheer luck at the time avoided a much worse disaster in Venice.".


Much worse.... before any supposed current human caused "Climate Change".

In bold red...This is the real Human contribution that threatens our environment  and is the real cause of catastrophes due to Climate Change:

A flood barrier was designed in 1984 to protect Venice from high tides, but the multi-billion euro project, known as Mose, has been plagued by the sort of problems that have come to characterize major Italian infrastructure programs — corruption, cost overruns and prolonged delays.
“If Mose had been working, then we would have avoided this exceptional high tide,” Brugnaro said.
Originally expected to start operating in 2011, the city now expects it to be functioning in 2021.

Posted by BrerRabbi at 5:24 PM

Only members of this blog can comment due to the bad actors who spam us.